One of the better ideas I have heard for exposing Trump’s Lies – from the San Francisco Chronicle, Letters, January 31, 2019:

Find the lies
The president simply cannot resist telling lies about nearly everything; he either believes it or does it to stay in the news or both. I suggest the newspaper relegate such stories to an inner section under “Presidential Untruths,” stating the item, the rebuttal and where to find out factual information on the statement.

This will remove his idiocy from the spotlight and enumerate his lies, while still covering a presidential communication.
Steven Tracy, Davis

As I reflect upon the state of American democracy I observe a growing crisis in ethics and integrity.

If our leaders seek to conceal the truth, or we as people become accepting of alternative realities that are no longer grounded in facts, then we as American citizens are on a pathway to relinquishing our freedom.

Tillerson said it’s the responsibility of all Americans to recognize “what truth is and is not,” and “what a fact is and is not.” Citizens must also demand the country’s future be “fact-based, not based on wishful thinking, not hoped-for outcomes made in shallow promises, but with a clear-eyed view of the facts as they are and guided by the truth that will set us free to seek solutions to our most daunting challenges,”

Ending on a dark note, he said that departing from the truth could mean “American democracy as we know it is entering its twilight years.”

First some selected Krugman’ quotes on trump facts and tariffs, A Ranting Old Guy With Nukes:

1.  Regarding being “factually challenged:”

…you can’t help noticing that his opinions seem a bit, well, factually challenged. No, we aren’t experiencing a huge wave of violent crime carried out by immigrants. No, we don’t give away vast sums in foreign aid. And so on down the list. Basically, what he imagines to be facts are things he thinks he heard somewhere, maybe on Fox News, and can’t be bothered to check.

2.  Regarding tariffs on steel and aluminum, Trumps justification is “national security.”

After all, we can’t be dependent for our aluminum on unstable, hostile foreign powers like … Canada, our principal foreign supplier. (Canada is also our biggest foreign supplier of steel.)

He has, for example, declared that we have large trade deficitswith Canada; actually, according to U.S. numbers, we run a small surplus.

The best argument I have heard against the steel & aluminum tariffs is the following:

Does this sound like winning? So much for the the wonders of tariffs to increase US production. Hell of an idea Mr. Trump! 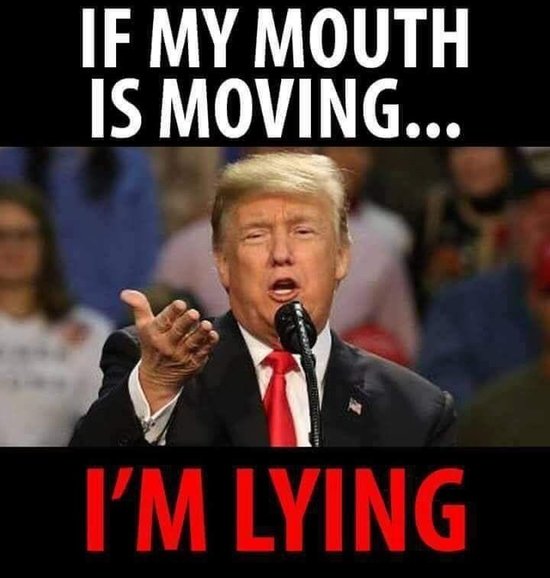